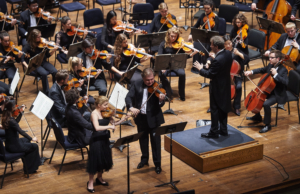 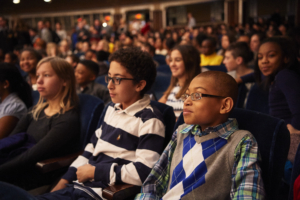 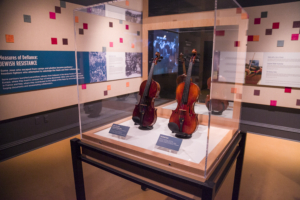 Violins of Hope Cleveland presented more than a dozen concerts of music related to the Holocaust and Jewish culture. In addition to the opening concert by The Cleveland Orchestra, the Cleveland Institute of Music Orchestra played the Violins of Hope in a free concert for the community at Severance Hall, attended by a capacity audience of 1800.  Conducted by Yoel Levi, the concert featured soloists Caroline Goulding, Cihat Askin, and Raphael Wallfisch at Severance Hall.

The annual Cleveland Orchestra Youth Concerts featured a “story concert” with participation by actors from the Case Western Reserve University/Cleveland Play House MFA Acting Program. A total of 10,000 middle- and high school students attended the concerts over a three-day period. 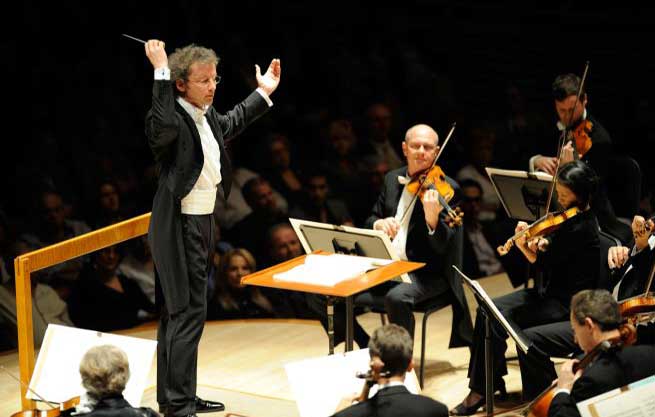 ideastream produced a live broadcast of the opening Violins of Hope concert by The Cleveland Orchestra at the opening of Silver Hall at the Milton and Tamar Maltz Performing Arts Center. The broadcast reached approximately 8,000 people on WVIZ/PBS, WCLV Classical 104.9, and streaming on the web. In addition, several organizations including libraries, synagogues, and educational institutions offered their facilities for viewing sites, where community members came together to watch this historic event.

ideastream Education produced a live, interactive education concert  about the violins and their music that reached more than 1,000 teachers and students in Ohio and across the country.

ideastream produced an Emmy award-winning documentary, Violins of Hope: Strings of the Holocaust, which premiered on WVIZ/PBS, and has garnered awards at independent film festivals both in the United States and abroad. View the film at ideastream.org.

The Maltz Museum of Jewish Heritage mounted a major exhibition of the violins, including historical materials, multimedia experiences, and live performances. The exhibition opened on Oct. 1, 2015, and concluded on Jan. 3, 2016.

The Museum of Contemporary Modern Art, the Jewish Federation of Cleveland, the Cleveland Museum of Art, and other cultural and arts organizations planned related exhibitions and programming.

Facing History and Ourselves led a broad education and outreach effort in grades 7–12 in the Cleveland Metropolitan School District, the schools of the Catholic Diocese of Cleveland, and in suburban districts and private schools throughout Northeast Ohio. They developed curriculum and materials for classroom use and lessons to prepare students to visit the Violins of Hope exhibition at the Maltz Museum of Jewish Heritage. The materials focus on the history and lessons of the Holocaust, Jewish perseverance and resistance in the face of atrocity, and on the broader issues of genocide, tolerance, identity and individual responsibility. Facing History also conducted professional development workshops on Holocaust education and Violins of Hope throughout greater Cleveland.

The Anti-Defamation League, The Maltz Museum of Jewish Heritage, and The Cleveland Orchestra presented two workshops geared specifically for music teachers in the Greater Cleveland area.

Professors from Case Western Reserve’s departments of music and history created a new undergraduate course, The Holocaust and The Arts. The interdisciplinary Judiaic Studies Program, the Department of Music, and the Department of History collaborated with the Laura and Alvin Siegal Lifelong Learning Program to stimulate campus-wide engagement with content relevant to Violins of Hope in disciplines such as modern European history, history, philosophy, social work, ethics, and the humanities. The Judaic Studies and Siegal programs sponsored academic and public lectures by renowned Jewish scholars, extending the reach of the project into the wider community.